By any measure – earnings, ranking, tournament wins, Donovan Hunt aka F2Tekkz, has been the undisputed No.1 player in FIFA 19.

The 17-year old’s rise to the top has been meteoric and paradoxically a long time coming. He first made a name for himself back in FIFA 18 with a win at the Barcelona FUT Champions Cup. At the time he was branded a “one-tournament wonder”,  seen as a young upstart who lucked out and would soon find himself behind the more established players. And for a time that was true, he fell off the radar in FIFA 18 unable to build on that early promise he showed. But then FIFA 19 came around, and he started at a sprint and never let up, and as the old adage goes, the rest is history.

The FUT Champions Cup won in the FIFA 18 season aside, F2Tekkz entered the FIFA 19 season with a low profile. If you were to ask any fan of the sport to name the best English player at the start of the season and you would have heard Spencer “Gorilla” Ealing or to name the best in the world maybe Nicolas “Nicolas99FC” Villalba or the current eWorld Cup Champion – Mossad “Msdossary” Aldossary.

The FIFA 19 competitive season kicked off in December ’18, and after missing out on the Continental Cup(It was a PS4 only tournament), it would be the first major of the season – the FUT Champions Cup Bucharest where he would begin his ascent to the top. Fate would have it that he would meet Joksan Redonda in the final, the winner of the aforementioned Continental Cup. He demolished the American over two legs with F2Tekkz even winning on the PS4 – his “away” console”.

It was a statement of intent,  and it wouldn’t be long until he had added another trophy to the cabinet.

Up next was the PGL Cup, held just a week later again in Bucharest. More impressive than the win was how he did it. Strong defensively and irrepressible in attack when he looked down and out, he had an ability to come back in games where lesser players would give up.

These two tournaments are where we also saw Tekkz the young man. A born and bred Liverpudlian, he had a confidence that verged on cockiness but with the talent to back it up,  you couldn’t hate on him. It didn’t hurt that he travelled and won every tournament with his mum by his side.

He reminded everyone that he was branded “a one-tournament wonder” and vowed to keep on winning. And win he did. The next trophy would be the FIFA eClub World Cup in February – won in partnership with Nicolas Villalba, then it was the FUT Champions Cup ELEAGUE Atlanta that same month. March saw him add the FUT Champions Cup Singapore which was quickly followed by the inaugural edition of the ePremier League – all the sweater because he was representing his boyhood club – Liverpool FC.

The only real negative to his season was the failure to take Liverpool FC to the eChampions League final, with the traditional football team getting there and winning, he would have been bitterly disappointed not to match that achievement.

He rounded off the regular season taking 1st place in the PGL Cup held back in Bucharest –  a fitting end as this is where the fairytale began.

Such was his success the conversation around F2Tekkz changed from, “is he the best FIFA 19 player” to talk of him being the GOAT. No-one in the history of the game has matched the consistency and sheer domination that F2Tekkz has managed over the course of this season.

To put in perspective – in the Global Series Rankings, F2Tekkz is in 1st place with 12,185 points with 2nd place Msdossary having just over 5,000 points.

Next stop for the scouser is the Global Series Playoffs and FIFA eWorld Cup, which F2Tekkz will look at as an opportunity to cement his legacy.

What Next? The Global Series Playoffs and FIFA eWorld Cup 2019 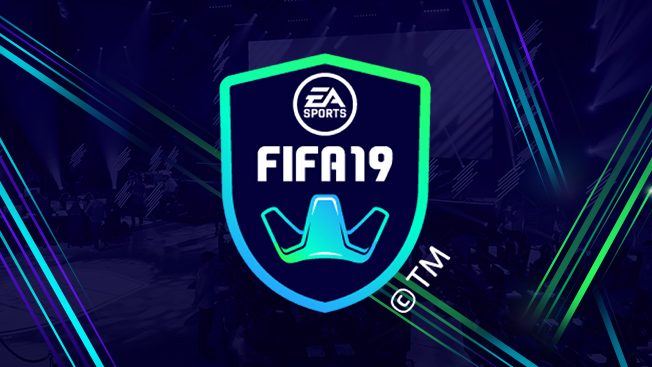 The next chapter in F2Tekk’s story is undoubtedly the FIFA eWorld Cup. He is guaranteed to qualify because of the number of points he has already accrued in the regular season but don’t think that will mean he will take this weekend’s Global Series Playoffs lightly.

F2Tekkz will be looking at his trip to Hamburg as a dry-run for the big event with many of his rivals, including the only other man to have a legitimate claim at being FIFA’s No.1 – Msdossary, also in attendance.

And you could argue Msdossary is F2Tekk’s equal, he’s beating him in head-to-heads this season and is the reigning eWorld Cup Champion.

F2Tekkz will be looking to put an end to the argument by winning the Global Series Playoffs that kicks off this Friday the 7th of July, giving him the momentum going into next months eWorld Cup where he will hope to take home the biggest prize in the sport.

So do you think F2Tekkz is FIFA’s GOAT? Is Msdossary his equal? Can anyone beat him to that FIFA eWorld Cup? Let us know your thoughts in the comments below.

Daniel Conlan is a writer, gamer and stand-up comedian from Glasgow, Scotland. When not performing he writes on his passions which includes Vietnamese food, all the other food and esports, with a particular focus on FIFA, Fortnite and Rocket League. The original try-hard gamer, he still believes, even at 27 years of age, that if the right game came along he could make it pro. Follow @ https://www.twitch.tv/danielthecomedian https://twitter.com/Daniel_Conlan https://www.facebook.com/DanielTheComedian/